BROWSER BUILD IS OUTDATED AND NO LONGER SUPPORTED

- weapons all rebalanced, added attack speed scaling as well (multiplicative and applied after all other attackspeed buffs)
- new helmet can be found in shuriman catacombs and allows access to a new boss fight and a new area
- added the void
- added a new boss fight in the void with 2 unique weapons
- character swap orbs removed, replaced with interactive characters chilling in the temple
- added ornn's forge and an item compendium
- killing gold implings will drop gold coins which can be used to forge items
- sovereign's crown function changed from bonus strength to generating gold on kill
- pressing 0 now changes the game quality level until we have a settings menu
- added RAGDOLLS- not all enemies have them

- general
-- dark flight: aiming at too high an angle will always use the max forward distance angle rather than going straight down
-- umbral strike: rewritten with all current bugs fixed

- boris
not much to say here

- mordekaiser
a bit too much raw power, can cheese basically the whole game by standing still holding right click
gets even worse with world rune since he literally cannot take damage from anything

- azir
bit of qol and a nice dps buff, weapon update helps him out as well with his attack speed scaling on m2

- warwick
overall warwick is in a good spot but his lategame is really lacking, this should help

-- now has lifesteal when below 50% hp, tripled when below 25%
-- blood hunt(r) now grants scaling bonuses based on how much of the bar is filled
-- new vfx
-- unique vfx during blood hunt

- ghoul
not really intended to change the character, just hitting the enemies specifically

- world ender
didn't deserve the nerfs he got last update, especially with everyone else getting buffed, so he's getting that power back

- pantheon
power was in a decent spot but felt boring and awful to play with no real strengths or weaknesses
this update gives him unique mechanics to play with as well as increasing overall satisfaction on everything
tl;dr 5 hit passive, empower next attack, motherfuckin mandrop

-- new roll animation
-- end lag on all attacks reduced by 0.2s
-- slightly increased range on spear attacks
-- buffed up shield attack motion values to compensate for lower range
-- pressing f while midair will now swing your spear forward
--- hitting terrain will lodge the spear in the terrain, letting you hang
--- hitting an enemy will knock them down and launch you upward
--- pressing space while hanging jumps up
-- shield input moved over to standard shield usage key, using gun will override and disable shield but please don't use gun it's useless
-- new ultimate
--- 5 successful hits charge up your ultimate, press r to ignite weapons, consuming all stacks
--- ultimate will greatly empower and change your next attack; press r again to cancel(doesn't give stacks back)
--- f - the motherfuckin mandrop. channel for 2 seconds, then leap straight up into the sky; pause in mid-air and enter aim mode. press button to land at target location, or drop straight down if aimed too high
--- m1 - aoe flaming sweep with high damage
--- m2 - slam shield into the ground, creating a shockwave and stunning nearby enemies
--- back m2 - spartan kick with huge wind blast, dealing aoe damage in a cone and sending all enemies hit flying
--- back m1 - murder blender

I and three of my friends had a blast playing your game on discord last night, thank you so much for making it!

Why is this not a thing??? NEw Aatrox is unwieldy for me...

Then again I'm a support troll, so...

the best game the i playing on browser

The game is awesome.Its fun, well done, relaxing and the best thing is that me and my bro can play our main champs (Morde and Pantheon).There are some bugs with Morde because of hes size he falls through the floor but nothing that destroys the game. its awesome, but i have to ask.Is game ever going to be multiplayer?Also,could you please add old Mordekaiser as a playable character?

Man i miss old Aatrox, this amazing game is very fun and challenging on it's own, plus the references and little hidden things everywhere make it a solid game, but add the sentimental value of aatrox, and you got a masterpiece ^^

This is outstanding , The mechanics, the controls, the entire idea of an Aatrox solo game,  Man you really did a game to remember, at least for me <3 Thank you so much 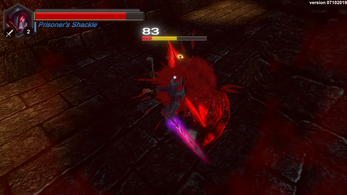 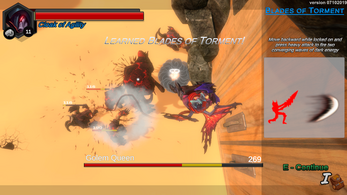 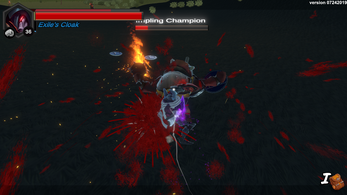 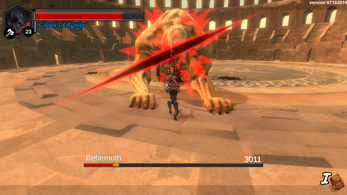 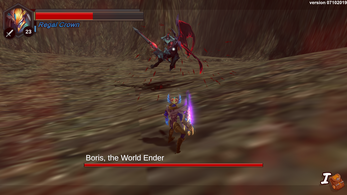 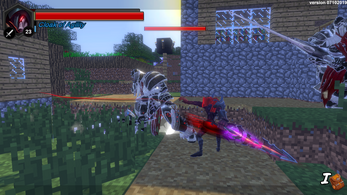 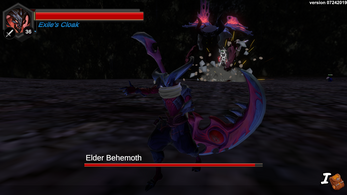 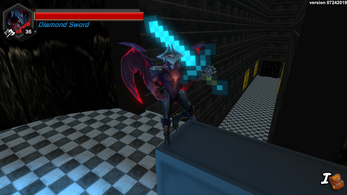